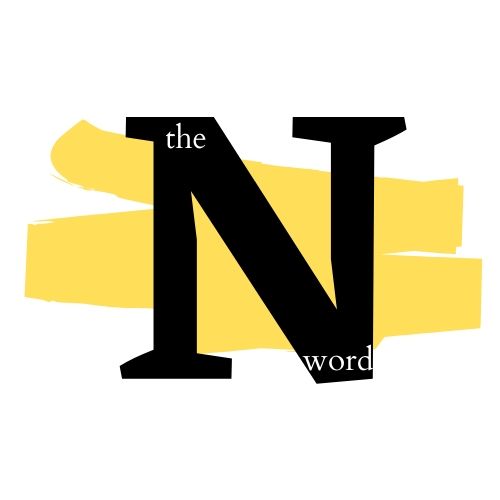 When I was in the seventh grade, I was called a “nigger-bitch” after I asked a white classmate of mine to stop saying nigger/nigga and insulting my Jamaican and black American heritage.

For an entire year, during lunchtime, his white friends would laugh at the multiple repulsive things he said about all types of people, and to top it all off,  use arguably the most controversial word in the English language consistently.

The same day I had the courage to call him out on it was the day I had one of the biggest panic attacks I’ve ever experienced.

The rest of the day, I didn’t say one word about what had occurred. I thought there was no reason to. No one around me defended me when he hurled that slur at me.

It wasn’t until I had gotten out of my bed late at night and I cried my heart out to my mother about the events that occurred that day. She immediately emailed one of my school counselors.

I just remember the next day being so odd.

I didn’t feel better when I wrote the report about two boys who had actively said racist things that I witnessed.

Instead, I felt scared, ashamed and gaslighted.

I was scared, because although my counselor had told those boys to stop talking to me, they were still close enough where I could hear them. And all I heard was them complaining about me and how “they wouldn’t be offended if I started talking about Americans getting fat off of hamburgers.” (I guess they didn’t view me as American???)

I received dirty looks that could easily be translated.

By the end of the day, the same boys who were talking about me, all of a sudden found remorse, giving me a pretty stale apology. I wanted to go off on them, but instead I told them that it was important that they knew what they were saying before they said it.

Now that l am a junior in high school, remembering this event, all I can think is: how pathetic was that?

Black people are always the ones who are shamed and gaslighted when an n-word scandal is brought up.

We’re not allowed to get angry when our white counterparts use a word meant to dehumanize and demonize our existence. Immediately we’re met with the following excuses:

“It’s not the same word it was before.”

“You people say it all the time.”

“They were singing it in a song.”

And more. Who do these excuses usually come from? White people.

So, let’s take a trip down memory lane and talk about this word.

Warning, some of the language and accounts will be very hard to read.

According to Merriam-Webster, nigger is “used as an insulting and contemptuous term for a black person”.

Dictionary.com features an alert saying “The term nigger is now probably the most offensive word in English. Its degree of offensiveness has increased markedly in recent years, although it has been used in a derogatory manner since at least the Revolutionary War.”

Do you know the phrase: sticks and stones may break my bones, but words will never hurt me?

On Aug. 28, 1955, a 14-year-old black boy named Emmett Till, allegedly catcalled and sexually assaulted Carolyn Bryant, a white woman whose husband owned the shop that Till was in. She told her husband, Roy Bryant, of what had happened.

Bryant with his half brother, forced Till out of his great uncle’s house and drove away. Till’s body was later found extremely disfigured and was only identified because of the ring on his finger.

“They [had] beat the teenager brutally, dragged him to the bank of the Tallahatchie River, shot him in the head, tied him with barbed wire to a large metal fan and shoved his mutilated body into the water.”

The two men were found not guilty in a matter of 67 minutes, despite the loads of evidence proving their actions.

Bryant and his brother admitted to everything right after the trial and sold their story to Look magazine for $4,000. Their confession was protected under the double jeopardy defense.

Carolyn Bryant confessed in 2007 that she lied about Till’s advances towards her.

In May 1918, a white plantation owner in Georgia was shot and killed by one of his black workers, Sydney Johnson, for his known abuse and refusing to give Johnson his pay.

A white mob formed and at least 13 black people were murdered as a result. One of the people killed was the husband of Mary Turner, who was eight months pregnant at the time.

Turner publicly called out the lynch mob and threatened to get warrants against the participants of the mob.

Turner was hunted down on May 19, with the same mob hanging her upside down by the ankles from a tree. Gasoline was poured on her and they burned her. They proceeded to cut her stomach open and her unborn child dropped out of her womb. The mob then stomped and crushed the child and repeatedly shot Turner.

One may argue that these events happened years ago, and that things have changed. That is true in some sense.

But did you know that lynchings were only made a federal hate crime in Feb. 2020?

Did you know that Los Angeles saw an 11.5% increase in hate crimes against black persons and institutions between 2018 and 2019?

Did you know that only two months ago, a black man was killed in Brunswick, Georgia after being chased down by a retired, white cop and his son in which no arrests were made?

And did you know that white students of schools all across the country are still using the word in everyday conversation and to target black kids?

This should not have to be explained. I received the same education as all of these students facing backlash in Decatur. Unfortunately, even more because I had to be made aware of harsh realities of my blackness at a very young age.

Nigger is used by white people to not only diminish the value of black people, but then spin it into a narrative, in which black people are shamed more in a society that has always oppressed them.

When African-Americans use “nigga” to refer to each other, it is meant to strip that power away from the racists that use it against us.

When white people use it, and black people react in anger, it is because we have not advanced enough from the systemic racism and white privilege that continues to disparage and even kill black people every single day.

You will never understand my blackness, no matter how much it is explained to you. And that is okay. But the blatant disregard of the significance of my skin shows who you really are.

From a young age, I swore to myself that I would never use the n-word in any context, except in scenarios where I needed to be very clear. So to hear the same white classmates that I interact with, even had friendships with, use the word that is directly linked to the kidnapping of my ancestors, the stripping of my cultural and familial background, the vicious  crimes of hatred, the constant disparaging of black communities, and the perpetuated slandering of blacks all over the world, just for “kicks and giggles”,  shows that they never respected me or any black person they ever came across.