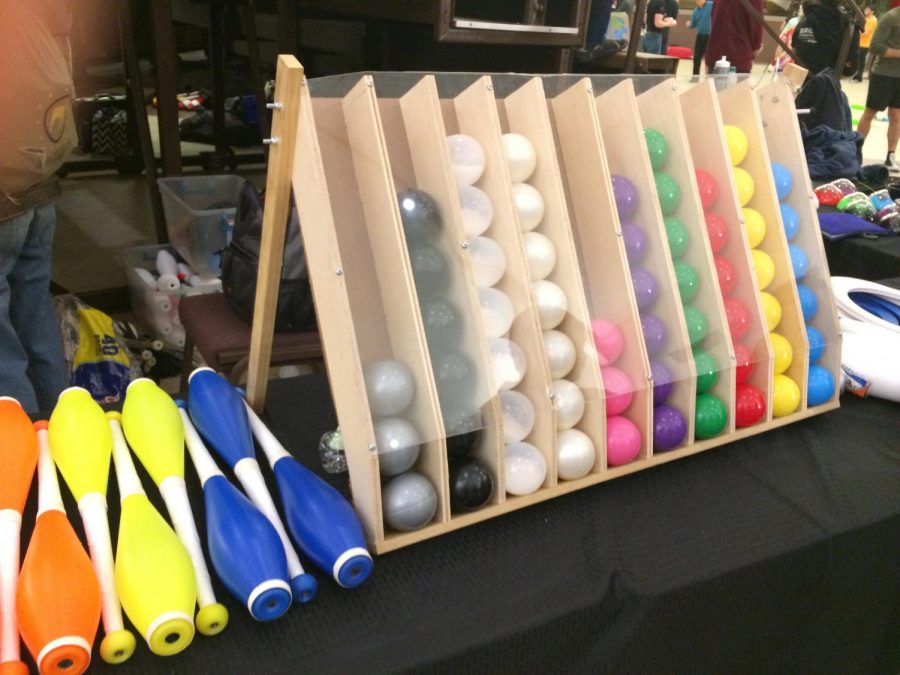 In the large room, the perimeter was outlined by stands that were selling juggling equipment, including this stack of clubs and balls. 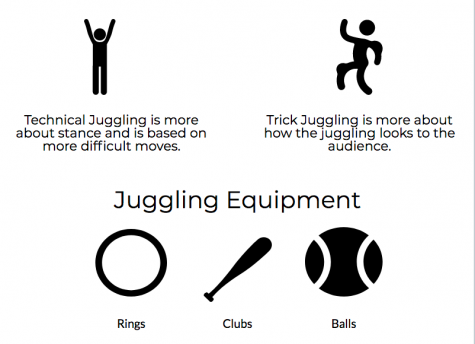 Juggling is one of the most varied sports in the world. There can be variety in the way someone throws the equipment (also known as manipulation), the type of equipment, the number of jugglers and the level of professionalism that someone takes their juggling skills.

The Yaarab Shrine Center is located just outside of Decatur and is relatively close to well-known restaurants like Eats and Honey Bubble. The Center is known for having large Shrine Circuses, and being one of the most beautiful buildings in Atlanta. What they aren’t known for, however, is the Groundhog Day Juggling Festival.

From Feb. 2 to 4, the Center was filled with flying apparatuses, the sound of laughing and a mass of people. This year is the 40th anniversary, there was some sentimentality mixed in with the fun.

“I was self-taught in isolation from other jugglers, and I learned 3 balls and maybe a couple of tricks, but I really didn’t know how to do anything else,” said Ford. “This festival taught me a lot. [The festival] provides contact with jugglers who all have different backgrounds and techniques.”

Although Ford’s title is “president,” he has many jobs.

“My role varies a little year from year; there are a lot of jobs that need to get done,” said Ford. “This year, I ordered the trophies and helped with workshops, among other various roles.”

Due to the help of people like Ford, the festival is able to attract a large audience of both professional and amateur jugglers.

Senior Patrick Russell, a well-known juggler, has been juggling for around 4 years and has also attended the festival for 4 years.

“My mother brought me to the festival without telling me,” said Russell. “I was kinda unhappy about it, because at the time I thought that juggling was a clown thing.”

Both Russell and Ford have come to dislike the stereotype that only clowns can juggle.

“People think of juggling as something that clowns do, but that is not the case,” said Ford. “Juggling can be as serious or as frivolous as you want it to be; it’s such a wide-open category.”

The broadness of the overall category of juggling was on full display at the festival. Everyone’s technique was slightly different because there are many teaching styles.

Russell was taught in a more relaxed way than Ford and spent less time perfecting technique.

“My dad kinda taught me that juggling existed, and I learned the basic 3 balls from him,” said Russell. “I get a lot of my inspiration from Youtube videos, cause they do some really cool stuff on there.”

Another reason the festival is beneficial is the fact that it’s a real-life Youtube, at least in the sense that attendees are able to learn new tricks and meet new people.

“I have a lot of friends now because of that festival,” said Ford. “It’s a great feeling. It’s like setting up a family reunion in a way. But you’re stuck with your family, you get to chose your juggling friends.” 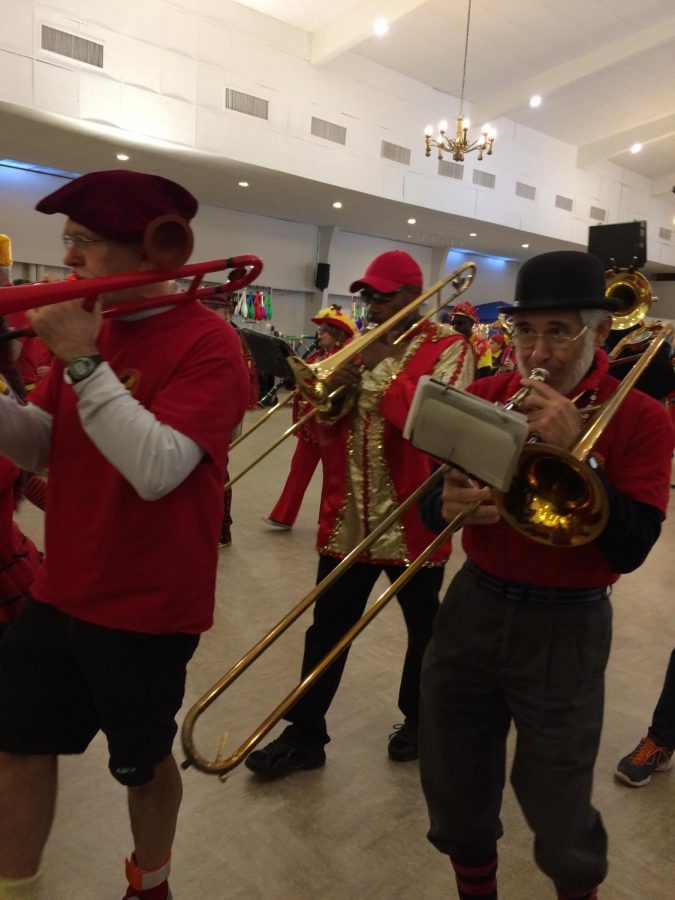 Gallery|3 Photos
The Seed & Feed Marching Abominable played during the event, and dressed up like circus peformers