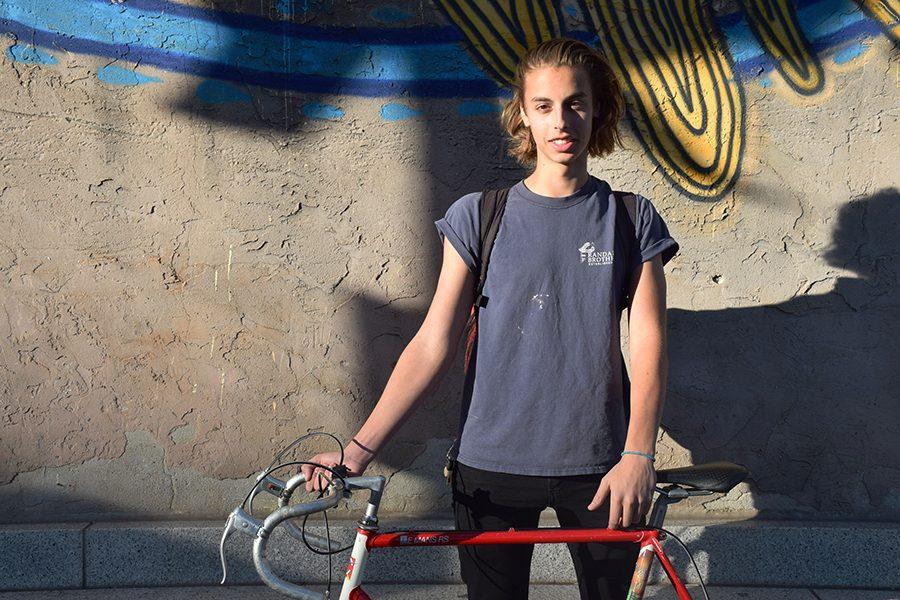 In middle school, junior David Ordway and his classmates honored World AIDS Day by making quilts for those living with HIV. He believes Decatur could do something similar to provide students with exposure to the topic of HIV and AIDS.

HIV and AIDS rates in Atlanta are strikingly high. The South has nearly four times the HIV diagnoses than the Midwest.

Georgia is second in the country for new HIV infections.

Around 25,000 Georgians are living with HIV or AIDs, and the number continues to grow. Each year, thousands more will join them, but Jeff Graham, executive director of Georgia Equality, feels most Atlanta residents don’t understand the severity of the HIV epidemic in Atlanta.

Organizations like Georgia Equality are working to fight rising infections by “advancing fairness, safety and opportunity for LGBTQ+ communities and our allies around the state of Georgia,” Graham said.

To do this, Georgia Equality focuses on changing policies to make prevention easier for young people.

Currently, Georgia Equality is working with Fulton County commission on legislative proposals to bring “better prevention and higher quality services to people who are living with HIV and AIDS [to the] Atlanta Metropolitan area.”

This past year, Georgia Equality saw success when Georgia passed a law allowing people under the age of 18 to test for HIV. Allowing young people to become tested and educated is “the key” to lowering HIV rates in Georgia, Graham said.

In Georgia, schools are required to encourage premarital abstinence, but public schools are otherwise free to pick and choose the curriculum for sex education.

Graham hopes to provide schools with guidance on how to fully prepare students in sex education courses. Georgia Equality works with public school systems, like Fulton County, to “revise their guidelines and curriculum around sex education.”

For junior David Ordway, public sex education has been anything but thorough. He doesn’t remember much about the sex education he received in ninth grade but  remembers seeing abstinence posters around Decatur.

The education Ordway received was largely based around heterosexual relationships and issues, and not much was mentioned about LGBTQ+ sex-related issues.

Ordway does not have the disease but is bisexual and soon to turn 18-years-old, which puts him at serious risk. The CDC reports that gay and bisexual men are more likely to contract HIV than anyone else in the country, and around 14 percent of gay and bisexual men living with HIV in the United States are undiagnosed.

Despite the lack of traditional education, Ordway feels confident in his ability to stay HIV free.

“I hang out with a relatively clean crowd, so I hope there’s no possibility of contracting STDs, but stuff happens,” he said. “It’s always lurking in the back of my mind.”

For Ordway, substantial sex education that included LGBTQ+ issues came from chatting with his friends and advice from his older brother.

“One time I was sitting on [my brother’s] porch after I’d been kicked out of my house,” he said. “We started talking about sexuality and he said to me, ‘David, everybody is a little bit gay.’

Ordway feels comfortable with his sexuality and sees Decatur as a comfortable place for LGBTQ+ people in the South, but he still has concerns about the stigma around HIV.

“I haven’t seen it personally, but I imagine something of the sort must be terribly alienating,” Ordway said. “The vast majority of people feel bad for you, but they’re secretly worried that they might get it too.”

To this day, stigma affects gay and bisexual men. Any “male who has had sexual contact with another male, even once, since 1977” is not eligible to donate blood to the Red Cross.

Discrimination against gay and bisexual men doesn’t stop there. Georgia currently does not have a civil rights law that protects LGBTQ+ people from discrimination in the workplace, Graham said.

Confidentiality laws protect people diagnosed with HIV from having to disclose their diagnoses, but Graham feels Georgia needs to do more.

Georgia Equality is working to eliminate some of the nervous tension around HIV diagnoses by pushing elected officials to create a comprehensive civil rights law. Graham reports that there are about 300,000 people in Georgia that identify as gay or bisexual, and he wants to ensure that each one is protected by Georgia law.

In order to mobilize this policy agenda, Georgia Equality started the Youth HIV Policy Advisors Program for youths living with HIV. These dozen or so people work to better themselves and Atlanta residents as effective advocates for LGBTQ+ and HIV issues not only by pushing for new legislation but by spreading awareness about HIV to students.

This tactic of awareness worked for Ordway in middle school. He worked with his schoolmates and teachers to make quilts for those affected by HIV and AIDS and their families, and the project made him consider the emotional side to HIV.

“I’ve cried my fair share of times at the AIDS quilts that were brought to my middle school,” Ordway said. “There were so many goodbyes and lives made into patches on the quilt. We all cried at the quilts that day. Seeing a life reduced to a patch on a quilt is a really depressing moment.”

Although HIV has taken the lives of thousands of Atlantans, young gay men and activists are fighting to promote positive legislation to protect their Atlanta community.