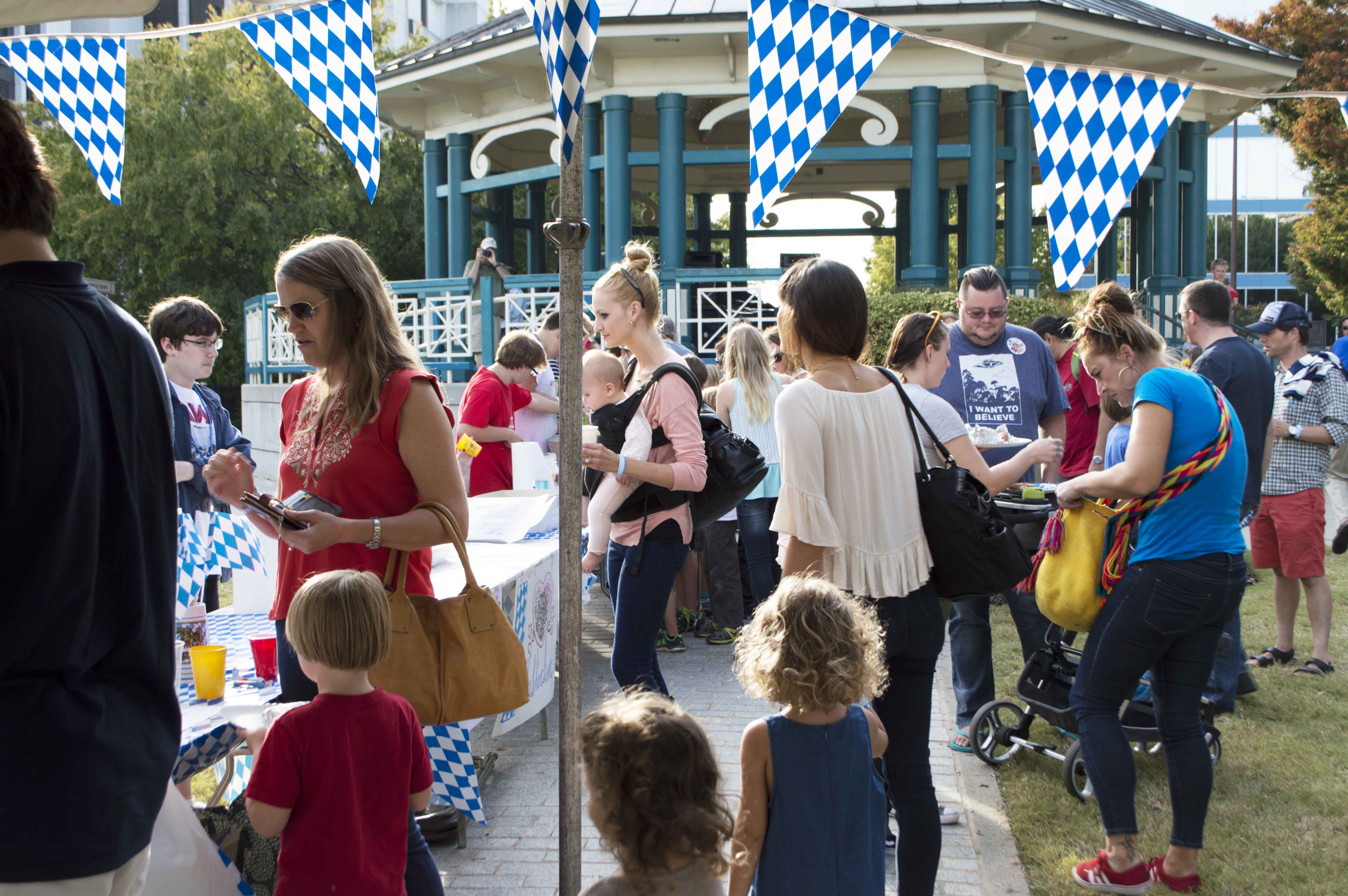 Families came out to support the German program during Kidtoberfest.

Families came out to support the German program during Kidtoberfest.

A wave of German culture just splashed into downtown Decatur.

Little Shop of Stories and the high school German Program have brought the traditional German beer festival Oktoberfest to Decatur this year with the kid-friendly Kidtoberfest. This is a twist on the traditional festival with root beer tastings for kids of all ages.

Oktoberfest has been celebrated in the Bavarian region of Germany for the past 200 years. Kidtoberfest will bring the same celebratory spirit to Decatur.

German Club members Michelle Jones and Frank Gonzalez helped to organize this event. They have both participated in the German Exchange Program, spending both a year and a summer in Germany. They hope to inspire other kids to join the German Program.

To Jones, immersing oneself in other cultures is an amazing experience.

Gonzalez believes that German stereotypes need to be dispelled and that Decatur’s youth should be exposed to all aspects of German culture. Joining the German Program and going to Germany changed Gonzalez’s view of German culture.

“When you’re there with a family, the stereotypes melt away.”

Similarly, Little Shop of Stories owner Diane Capriola hopes Kidtoberfest will make kids excited about the German Exchange Program. Her son participated in the program and she wants other kids to have the same eye-opening experience.

“We really endeavor to help kids out in all areas of their lives and support them,” Capriola said.

The creators of Kidtoberfest hope the festival will not only be a fun experience for kids, but that it gives a whole new perspective of German culture that was not present before.