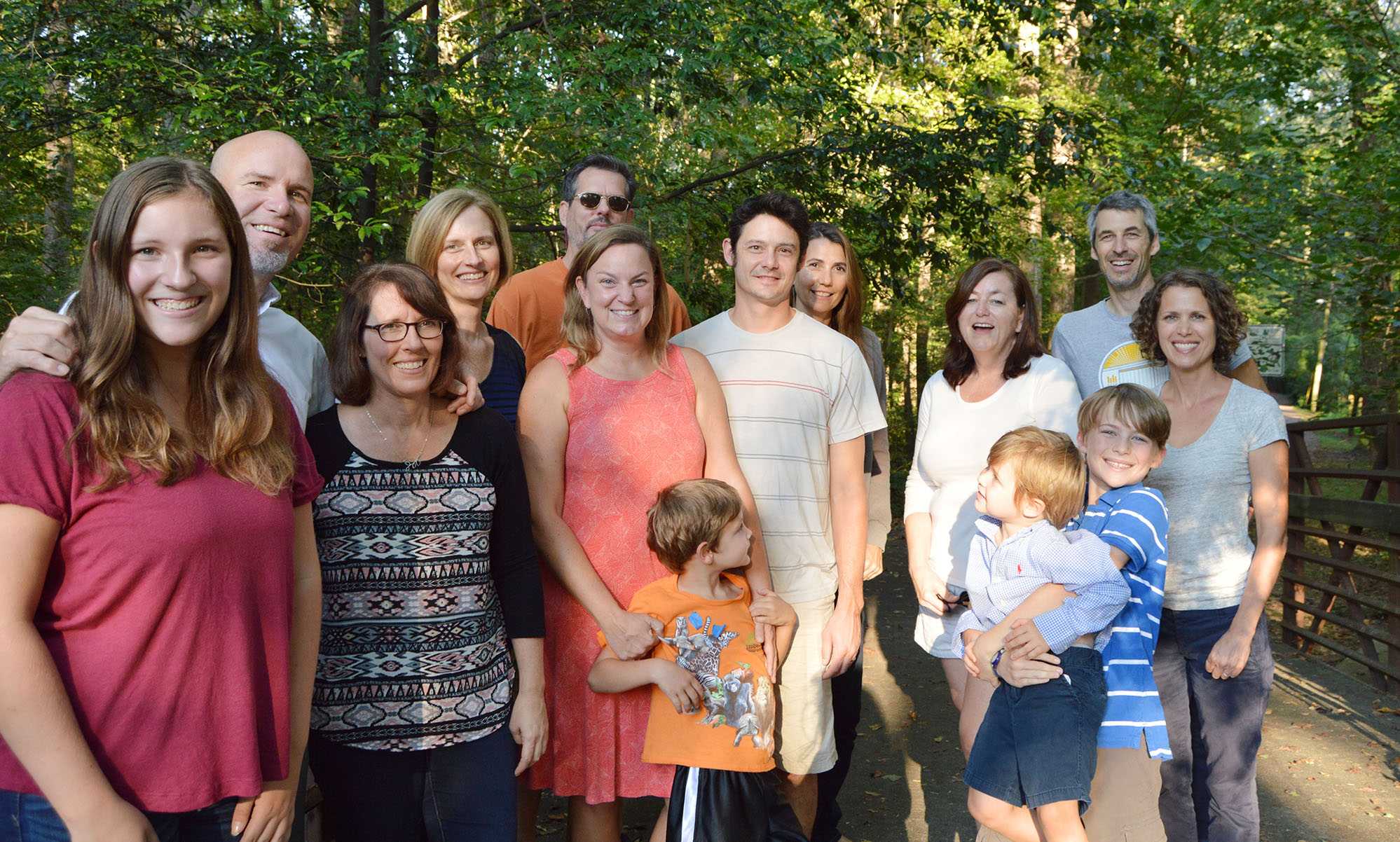 Jessie and Craig Hadley expected their summer vacation to be relaxing and enjoyable, but the call they received on July 14 was just the opposite. Their house was on fire.

Fire fighters put out house fire from The DEC on Vimeo.

The fire destroyed the Hadley’s home in Oakhurst, but an astounding community response emerged.

The first of many who helped was thirteen-year old Myles Baker and his father when they drove by around 4 p.m. They immediately alerted the house sitters to the smoke coming from the roof.

The Decatur Fire Department was next, rushing to the Hadley’s home on S. McDonough St.  and putting out the fire as neighbors and friends gathered around. Kate Swett and Lesley Cortright, close friends of the Hadleys, saw how the community supported one another.

“I think people just needed to be there,” Swett said.

The people there comforted one another and were “bearing witness together,” Swett said. They hugged and cried and did their best to support the firefighters by bringing gatorade to them.

Many waited for the okay from the fire department to see if any of the family’s possessions could be salvaged.

Jessie Duroe-Hadley was amazed by the kindness of people like Swett and Cortright.

“I don’t think the fire was out before people started telling us that we could stay at their house,” Jessie Duroe-Hadley said.

With the community supporting one another, Cortright saw the sense of unity that developed.

“With Decatur growing, it felt really small that night,” she said.

Less than 24 hours after the fire, Swett, Cortright and other community members began fundraising to help the family recover.

Friends and Revolution Doughnuts set up a bake sale.

This wasn’t an ordinary bake sale.

Customers donated up to $50 and took just one doughnut. The bake sale became more of a “show up and give,” making over $850 on the first day, Cortright said.

The bake sale was just the beginning.

Swett, Cortright and others organized other events and programs, such as a Signup Genius for donations, more bake sales, lemonade stands and a GoFundMe website which quickly raised enough money to help the family get back on their feet.

Not only did friends and neighbors raise money to support the family, they donated clothes, food, toys and other necessities.

Swett and others unpacked all of the donations so that the Hadleys could come to their rental house and have it feel like a home. Even floss and razors were carefully placed in drawers.

“I open up the drawers and I’m like ‘awww, someone put this here for me,’” Duroe-Hadley said.

The donations also helped the Hadley’s young children adjust. On the first night in the new rental house, the distraction of the new toys made it a little easier for Duroe-Hadley’s youngest son.

“He wasn’t thinking about all the things he lost, it was just joy that he got new toys,” Duroe-Hadley said.

People close to the  Hadleys played an important part in the response, but they weren’t the only ones who helped out.

Local businesses like Pace 23 and the Oakhurst Cooperative Preschool set up clothing drives and meal trains for the family, shortening their to-do list.

“[The] last thing they needed to think about was having to feed the kids,” Swett said.

While the Hadleys were trying to put their lives back together, they took a moment to try and help others. The family offered to use money from their GoFundMe page to pay for their house sitter’s lost computers.

“Even in your tragedy, you’re thinking of someone else,” Cortright said to Duroe-Hadley.

For the Hadley family, it wasn’t about the donations. Just thinking about those in need makes a difference, Duroe-Hadley said.

“I think about the ‘thank you’s’ I need to write all the time,” Duroe-Hadley said.

With the fire behind them, the Hadleys can see that the support offsets the hardship they endured. Duroe-Hadley shed just as many tears about the help as about the fire.

“If people wouldn’t have reached out to us like they did, this could have been a very different experience,” Duroe-Hadley said.

“That’s how Decatur works,” she said. “It’s that consistent pay it forward…Strangers are not strangers.”