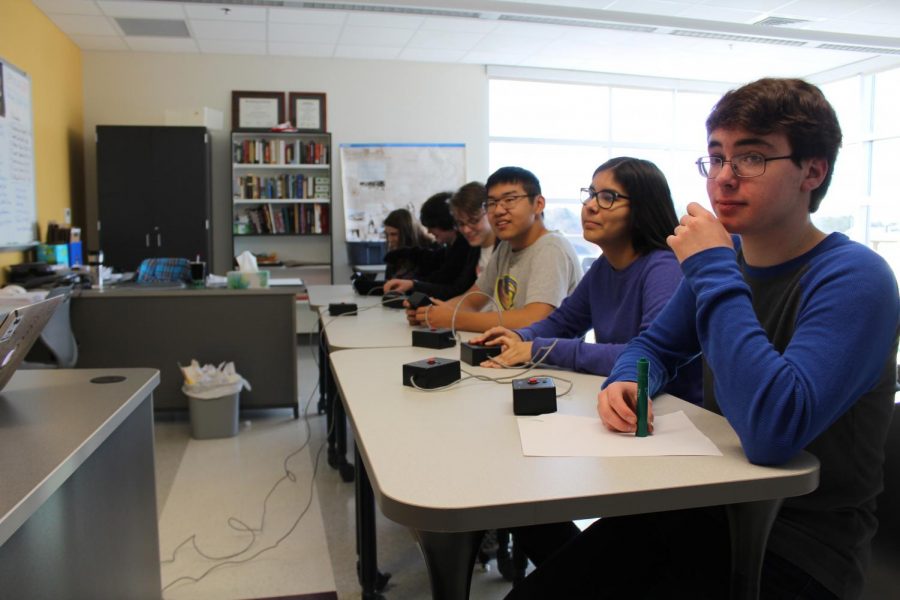 Decatur holds records for impressive sports teams, such as wrestling, soccer and softball. But this team goes a little unnoticed.

The Academic Bowl, sponsored by social studies teacher Alexander Sawyer, is a team made up of students interested in trivia.

Sophomore Julian Daniel has been a member of Academic Bowl since he was a sixth grader at Renfroe.

“I enjoy the competitiveness, and the fact that every practice I [go to], I usually end up learning something,” Daniel said.

Academic Bowl practices are held every Tuesday. Their main goal is to prepare the students for tournaments, such as the one they attended January 20th.

The questions can cover anything from early American literature to Italian opera, Daniel said, so practicing is key.

But more recently, Sawyer decided to incorporate something new into their practices, when he brought in faculty members, including Mr. Tsay, Mr. Chestnut and Ms. Johnson, to compete against the team.

“It was interesting to play against faculty because we’d never played against them before, and, you know, they’re adults,” Daniel said.

The strategy proved somewhat challenging to Daniel because of the team’s unfamiliarity with the teachers’ strengths and weaknesses.

“Most of us have all been on Academic Bowl since 6th grade…so we pretty much know each other’s playing styles very well,” Daniel said.

This strong connection between Daniel and his teammates helps them out in their tournaments, where they compete against schools throughout the state and follow a structure similar to soccer tournaments, Sawyer said.

“You build points, and then you get to the knockout stage, and then after that, it’s whoever is left standing,” Sawyer said.

The players earn points by buzzing in before the other team and answering the question correctly.

Although their game is different than, say, football, the Academic Bowl faces challenges just like any other team.

“It’s hard to get everybody where they’re supposed to be at one time,” Sawyer said.

Because of this, the whole team rarely makes it to every tournament, but the feeling after a successful match is what matters to Daniel.

“There’s such a sense of comradery after a good match because everyone has to work together,” Daniel said.

Daniel hopes that in the future the Academic Bowl will be given just as much importance as any Decatur team.

“We’re kind of the school’s…black sheep,” Daniel said. “We’re playing for DHS [too], so I reckon you might as well get some mention once in a while.”

Although Daniel believes the team deserves more credit, he still loves the game.

“It’s about the emotions and the thrill of competition,” Daniel said.