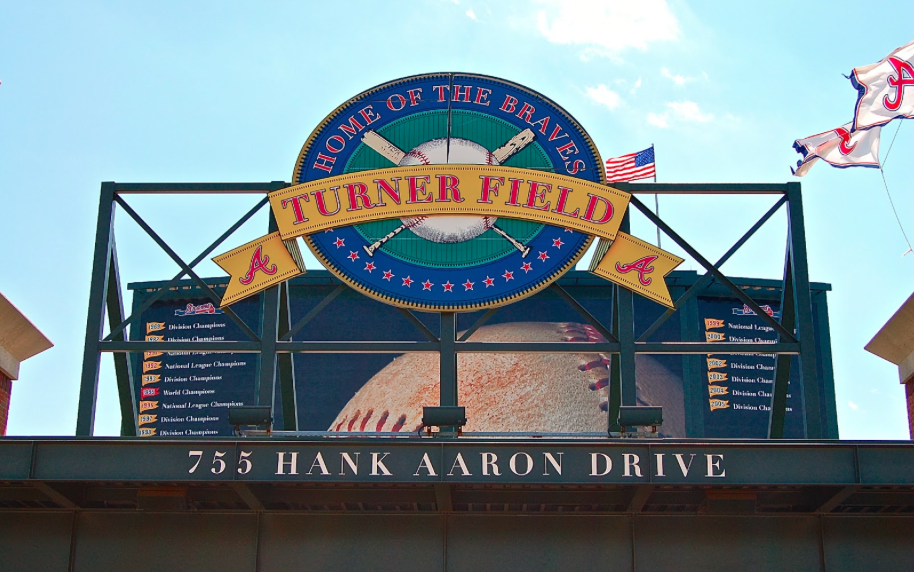 Scroll through to see the events

As Braves fans make their way towards the exit, as the field crew finishes their last rounds, and as the lights slowly begin to turn off for the final time, a new era begins for both the Atlanta Braves and Georgia State athletics.

For twenty years, Turner Field, formerly known as the home of the Atlanta Braves and the 1996 Olympic Games, has seen its fair share of sports moments including Michael Johnson’s world record time of 19.32 seconds of the 200 meter run, Chipper Jones’ 400th career home run and even baseball hall of famer Randy Johnson’s only career perfect game.

As the ballpark continues to grow old in age, the Braves will move to their new 41,000 seat venue named SunTrust Park. This change disappoints longtime Atlanta street vendor Larry Miller.

“It’s a sad thing,” Miller said. “I was here when they first started the Braves, and I remember when it took me three months to sell 24 shirts. Now, after I’ve been vending here over 30 years, all I’ve been through, good and bad, it’s just sad to see the Braves leave the city.”

Miller served as head of the Atlanta Vendors Association, and he was a central figure in a year long legal drama over public vending. He also believes that it is going to be tough to see games in Cobb County.

“I just wish the city could have done more to keep them here,” Miller said. “Trying to get to Cobb County to see a game is going to be hell.”

Questions on why the Braves will leave Turner Field have circulated around the Braves’ front office, and according to the executive Mike Plant, the park might not have been as good as it seemed.

Some of those challenges include infrastructure work, new lighting and replacing worn out seats that would cost the Braves roughly $300 million. According to Plant, this was a price that would do “little to significantly enhance the fan experience.”

SunTrust Park, on the other hand, will feature an entertainment district consisting of restaurants, team shops, hotels and a movie theater. Inside the park, there will be a 108 thousand square-foot canopy that will cover 60 percent of the seats.

Even the lights will get an upgrade at the new park. The stadium will feature LED lights that will make the field and everything on it “pop with color.”

“Once SunTrust Park is completely done, it will be exciting for both Braves fans and the players,” Plant said. “I honestly cannot wait for it to be open for business.”

Decatur baseball player and Braves fan Oliver Livingston believes that the Braves leaving Turner Field will be for the better.

“I’m sad to see the Braves leave ‘The Ted’ but the park was kind of becoming an eyesore for me,” Livingston said. “I just hope that the area will get fixed once the Braves move out.”

As the former tenants of the land will officially move out this month, a new one will move in.

Georgia State has planned years ahead for the opportunity to give their athletics an upgrade. With an idea for change, they unveiled their first set of master plans in 2012.

When Georgia State president Mark Becker explored possible sites for a facility expansion, his first option was Turner Field. As a kid who grew up in Maryland, he enjoyed watching the Braves when they were in Milwaukee and continued to follow them when they moved to Atlanta.

“I was a pretty big baseball fan and an even bigger Braves fan,” Becker said. “It was a little odd at times because most of the kids at my age liked the Orioles.”

Becker has applied his sports background to Georgia State as well. In 2010 he added football to the athletic program and in 2013 he added sand volleyball.

According to Becker, the Turner Field site offers enough space to include a football and baseball stadium as well as student housing.

“From housing, student facilities, recreation, athletics and academics, it puts all the pieces together finally,” Becker said.

Greg Frady, the head coach of Georgia State’s baseball team, remembers when Braves legend Hank Aaron hit his 715th home run there. According to Frady, the hit still replays in his mind today.

“I wasn’t at the game, but I do remember watching it live,” Frady said. “The fact that we will be playing where that park once stood is just incredible.”

Looking toward the season, Frady is thrilled about what the new park will bring.

“Excitement has started to build around the city for our program, so this expansion could not have come at a better time,” Frady said. “With the new facilities comes greater recruiting chances and more of a sense of pride for the program.”

With a bidding war between Georgia State and private companies, the park was officially purchased for $30 million. To make that investment really count in 2017, Becker wants the redevelopment to be finished before the Georgia State football season.

“It is going to take a lot of work to get this done on time,”Becker said. “I think that we have the right team of people to get it done.

When the Braves held their final game at Turner Field against the Detroit Tigers, Braves executive Mike Plant parked in his usual spot hours before the game, right in front of the players’ lot where it wouldn’t take long to enter the park.

“It was a surreal day,” Plant said. “It was one of those situations that you think is never going to happen, but it happens anyway.”

When the crowd made their way toward the exits following a 2-1 victory, Plant went down to the field to take in the scene around him. The sky was pitch black, but the lights of the park still shined brightly on the field, illuminating the field crew as they swept up the last of the confetti.

“That moment brought me back some years,” Plant said. “I didn’t feel like a front office employee for the organization anymore. I just felt like a fan of the game.”

Plant feels that the park is in good hands now and trusts that Georgia State can make their own history for years to come.

“There is just so much history in those walls between us and the Olympics,” Plant said. “Now it is their time to make a new chapter for it.”

Mark Becker is ready to begin that new chapter.

“We are excited to begin the next phase of this transformational project for the university and the city,” Becker said. “Hopefully we can build something that will have a positive effect on generations to come.”