New coaches and a new season 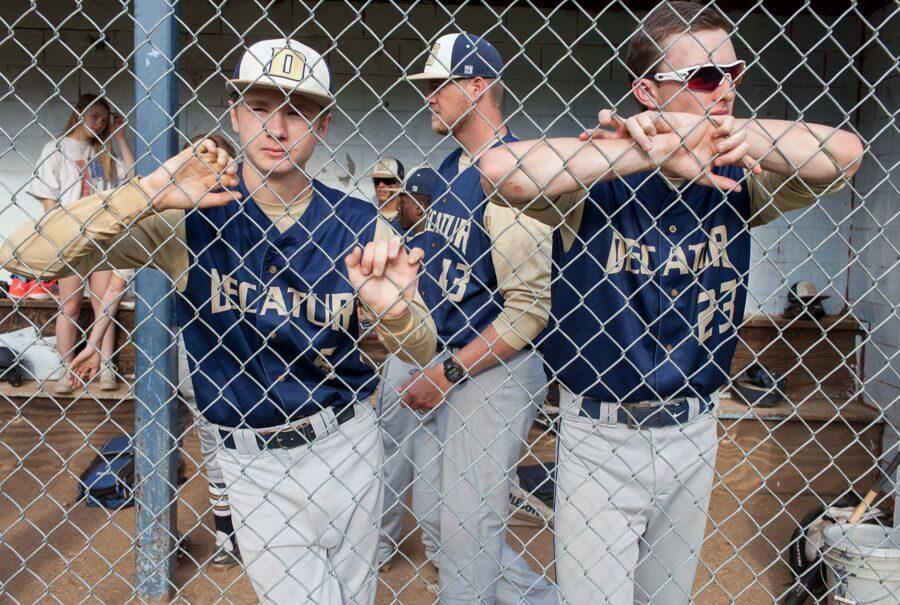 Gilbert, from Tucker High School, and Newsome, form Lakeside High School, both have experience in coaching the game of baseball. Gilbert was an assistant coach for the baseball program at Tucker as well as a certified umpire, and Newsome has coached baseball ever since his son started playing t-ball years ago.

Just one season ago the Decatur baseball program made it to the second round of state playoffs with a fill-in coach, and now players like Timmy Conway are excited for the new season.

“We had talent, we had the drive to win, but we didn’t have the coaching we needed,” Conway said. “I loved Coach A but I’m ready for this year with Gilbert.”

This year things are a lot more structured than they have ever been, according to junior Drew Hartman.

With the season rushing towards the baseball program, Gilbert and his team are preparing with practices all week and scrimmages on the weekend.

“We have already played two games against ourselves, one with umpires and one without,” Gilbert said. “This Saturday we are playing our first true scrimmage against Columbia. I’m ready to get things going.”

As practices and scrimmages rush by, Hartman becomes more and more eager for the season to get started.

“There is something special about playing baseball for your high school,” Hartman said. “A Friday night game under the lights. Nothing can beat that.”