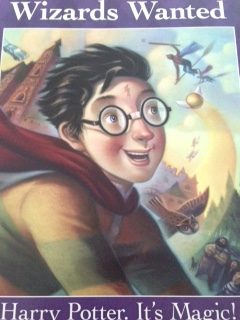 New Harry Potter play will have you spellbound

The "Cursed Child" brings back all the same magic.

Welcome back Harry Potter. It’s been 9 years since we last visited Hogwarts, and I for one am glad to return. I was hooked from the very first page. It wasn’t just the joy of standing on platform 9 ¾ again that had me so engaged, but the real life themes that are expertly woven into the play.

Harry’s relationship with his son, Albus, mirrors the all too familiar theme of teenage angst, and the divide that grows between father and son. They struggle to trust, and accept each other’s differences. Don’t worry Potter fans, Harry and Albus reunite to battle the dark magic that threatens the wizarding world. 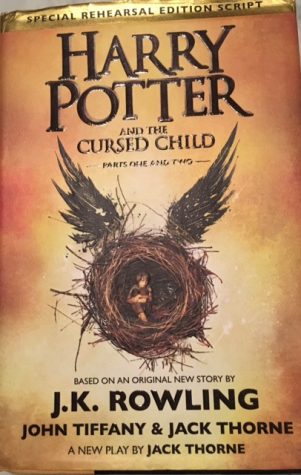 The majority of the famous cast of characters return including Ron, Hermione, Harry, Draco Malfoy, and Ginny. However, Rowling, Thorne, and Tiffany don’t miss a beat when incorporating Scorpius, Malfoy’s slightly nerdy and utterly hilarious son into the play. Scorpius’ wisdom and tenderness make him by far my favorite character. His and Albus’ bromance will have you laughing on one page, and picking up the pieces of your broken heart on the next.

Despite a batch of wonderful characters and nail-biting scenes, not everything is perfect.

“The Cursed Child” was written as a rehearsal script, and reads like continuous dialogue. Even in the most interesting scenes this can be a little cumbersome.  We must only assume the stage rendition will up for the lack of rich descriptions that helped us picture the decadent Hogwarts feasts and the spooky graveyards. Even though the book isn’t traditionally written, the captivating characters and plot make up for it.

Whether you’ve been awaiting this book for years, or initially resented the resurrection of the series, “The Cursed Child” will have you hooked from the first to the last page.