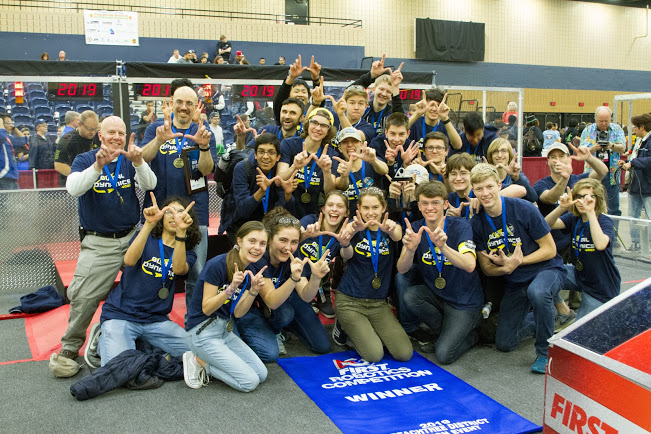 This past weekend, the Decatur High School robotics team, Global Dynamics, competed in the First Championship, an international robotics competition held in Houston, Texas. The team battled against 3,000 other robotics teams from countries including Israel, China, Canada, the United Kingdom, Australia and Russia.

Each year, there is a different theme for the challenges that the robot has to complete. For 2019, the topic was space. Global Dynamics, along with the other teams competing, had six weeks to prepare for the qualifying rounds. 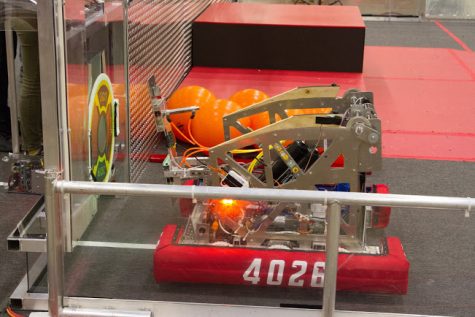 “Once the challenge is released, we have six weeks, on the dot, to build a robot,” co-captain and senior Walden Hillegass said. “We design, build, test and program everything… then we have to literally seal up the robot after that time.”

Global Dynamics gained the number one seed after winning the first competition, and was named Captain of the First Seat Alliance. The second competition they attended ended with their robot earning the third seed. For the climbing portion of the competition, Global Dynamics’ robot was named the fifth most consistent robot globally after climbing 24 inches.

Although the team was knocked out in quarterfinals, they had enough district points in their ranking to qualify for the world. 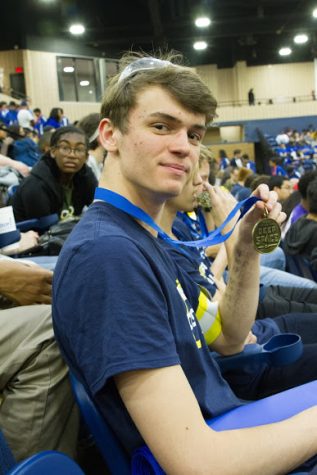 The last time Hillegass saw the world championships, he was a freshman. That year, Global Dynamics only ranked 45th out of 75 teams.

“It was really nice to have that full circle in senior year, and get to qualify for worlds,” Hillegass said.

As co-captains and seniors, Hillegass and Lucy Bricker got to see the championships again, one last time.

“As a senior, [it was really exciting]. It’s good to know that those three years paid off,” Bricker said.

Even as their time is limited at Decatur High, Bricker and Hillegass hope the best for team in the coming years. Bricker believes that this year’s trip to Houston will encourage underclassmen to do their best every year.

“[Qualifying for the world championships] is what we strive for. Something you can look forward to. But at the same time, we have to teach [the underclassmen] to try hard,” Bricker said.

Photos courtesy of Walden Hillegass and the Global Dynamics team 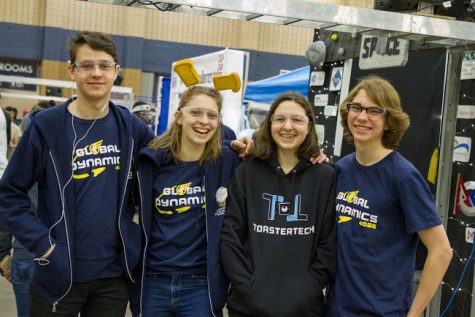 Lucy Bricker (second to the left) with teammates and an opponent