Mawuli Davis, a bow-tied, black attorney, sits at the head of the table during the Beacon Hill Black Alliance for Human Rights’ monthly meeting. Surrounding him is a room full of talkative parents and students, both black and white.

He silences them and the activists take their seats in a circle. The members exchange glances with one another while Davis takes his own respective seat. The group simultaneously shifts their bodies to face him, their mouths closed. The silence ceases as he stands up to address them.

“We believe that when we achieve equity and justice, everyone will have a better quality of life,” Davis said. “Historically we rise, everyone rises when the impediments to fairness and equity are removed for all people.”

This is the Beacon Hill Black Alliance for Human Rights. Fifty-four years after the passage of the Civil Rights Act, Decatur’s students and parents are still hoping for equality, Davis sees.

In the summer of 2018, the Beacon Hill Black Alliance for Human Rights was formed from the short-lived Beacon Hill NAACP.
“For part of our efforts during the last couple of years, we were spending most of our time and energy in the NAACP charter process,” Davis said.

The Dekalb NAACP has had a “rich” history in the city of Decatur. In 1961, it hosted Jackie Robinson at Thankful Baptist Church in historic Beacon Hill, and in 1993, Mayor Elizabeth Wilson, a founding member of the Dekalb NAACP became Decatur’s first black mayor.

Jackie Robinson, the first black player in Major League Baseball, drew a sizable crowd at Decatur’s Thankful Baptist Church for his deliverance of the keynote speech at Dekalb NAACP’s inaugural rally. Robinson was asked to deliver the address to advocate for integration and voter registration on behalf of the Dekalb NAACP.

Dekalb’s chapter of the NAACP has existed since 1955 when the NAACP’s primary goal was the passage of the Civil Rights Act. Today, their goals and expectations have shifted from advocating for integration to advocating for equal rights for all, regardless of race.
A group of “concerned” Decatur citizens convened in 2015 with the same intentions as the Dekalb NAACP, to advocate for equal rights. They also wanted to create a more local impact in the City of Decatur, to not only address the concerns of all black people but black Decatur in particular, Davis said. The group believed their best course of action was through the NAACP and they applied to become a chapter in the summer of 2018.

To become an official NAACP chapter, the group needed to obtain an NAACP charter. The requirements for a charter included at least 100 members and a letter of recommendation from the Georgia NAACP conference president. Beacon Hill’s requested geographical jurisdiction encroached into the Dekalb NAACP’s territory, so the charter was not granted. The members were disappointed but not hopeless, Davis said.

“What it speaks to is a level of resilience,” he said. “This group of people said that we are unable to move forward as an NAACP branch, but we know that we must continue forward organizing around the issues. The issues that prompted us to organize still exist. So, what’s more important than the name we call ourselves is the work that we do on behalf of those we see fit to serve.”

To discuss these issues, the Beacon Hill Black Alliance for Human Rights meets every fourth Tuesday of the month at Ebster Community Center, the resting place of black Trinity High School in historic Beacon Hill. Ten years after its opening in 1957, Trinity closed, fully integrating City Schools of Decatur.

“People built homes, churches, businesses, families and schools in this segregated community but it was one that had by all accounts a great deal of pride,” Davis said.

According to Decatur’s 1830 census, Decatur’s population was 8,338 whites, 1,669 slaves and 17 free persons of color. After the Civil War, the freed slaves settled in an area dubbed “the Bottom” by white Decatur who viewed the area as a “blighted slum” throughout the entirety of the 19th century. Later, the area was renamed “Beacon Hill” to signify the hope of its residents. Urban renewal in the 1930s led to the end of many of Beacon’s black-owned businesses and churches and the beginning of low-income housing developments.

“It was not a purely public-housing community,” Davis said. “There were homeowners that were apart of the Beacon Hill community and there was economic diversity in the African-American community.” 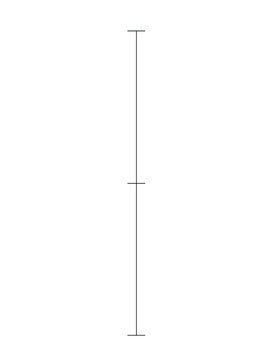 “We believe that it is to all of our benefits that we maintain that level of diversity, and if not, we see people with less financial means pushed out of the city,” he said.

The City Schools of Decatur 2018 Equity Report is a primary issue on Beacon Hill Alliance’s agenda. The report found a discipline disproportionality between black students and their white counterparts. The report also found a large achievement gap between Decatur’s black and white students.

Beacon Hill insisted for change at the district board meeting on Sept. 11, 2018. Members stood and voiced their demands for addressing inequity in Decatur’s schools. The board meeting was the “kick-off” event for the ‘Why We Can’t Wait’ Equity in Education campaign, which focuses on tackling the issues found in the 2018 Equity Report.

Davis and Beacon Hill members have had two face-to-face discussions with Superintendent David Dude and his leadership team since the meeting. The conversations were “frank and honest,” Davis said.

The group is proceeding with their ‘Why We Can’t Wait’ campaign despite the “frustration” with the district’s lack of promptness on the issue, Davis said. “People want to see results, now.”

Beacon Hill Alliance meetings are filled with members’ grievances of this inequity and with the airing of grievances comes the renewal of conversation about the representation of black students in City Schools of Decatur.

Decatur High School senior Kenya Oliver is the President of Decatur’s Black Student Union (BSU). She stood with Beacon Hill at the Sept. 11 board meeting, she has been a member of Beacon Hill before they sought an NAACP charter for the first time.
“Seeing people that actually care about us as students and our education throughout so many generations, to me, it’s inspiring,” she said.
Senior Trajan Axam, the Vice President of the BSU, sits next to Oliver at Beacon Hill’s monthly meetings. Beacon Hill helps the BSU officers to effectively advocate for Decatur’s black students.

Two years ago, black students did not have a safe, comfortable or inclusive space to be who they were, Axam said.
“We always talk about black versus white and whether or not black or white is being treated equally,” he said. “BSU allows us to kind of just focus on being black and not just fighting for more representation but allowing us to embrace ourselves as black students.”

The BSU hosts 55 students at each meeting or roughly 15% of DHS’s black population. The students have been using their platform to implement change from the inside of DHS rather than the outside, Axam said.

“[The BSU] defies a lot of stereotypes and a lot of bias or perception that people might have of black students,” Oliver said. “Seeing a group of fifty people come together every Thursday after school for an hour and a half, even that alone is powerful.”

Oliver and Axam have taken the initiative this year to bring more impact to BSU’s weekly meetings. During their inaugural year, the club was not substantially addressing any of the officers’ concerns about declining diversity and discipline disproportionality. In 2018 though, the officers have begun to use their new platform to improve the situation of Decatur’s black students.

BSU’s agenda has been filled with various activities for its members. Each month, the club has a different theme. October’s focus was “Black Arts.” Members attended a seminar held by Dr. Michael Simanga, an African-American studies professor at Georgia State University. Oliver hopes “Black Entrepreneurship” will be a theme in upcoming months.

Oliver and Axam share their ideas for the BSU in Beacon Hill’s meetings. The parents and Davis nod assuringly, like their mission as an organization, is being achieved.

At the end of each Beacon Hill meeting, members stand up, hold hands, bow their heads and close their eyes. Davis speaks again, this time in gratitude of the people before him

“At the end of the day, we aren’t doing the things that we are doing just to check a box. It is really so that people’s lives can be changed and they can feel that they have greater possibilities,” he said. “That’s why we do what we have to do.”

2 Responses to “The Alliance”