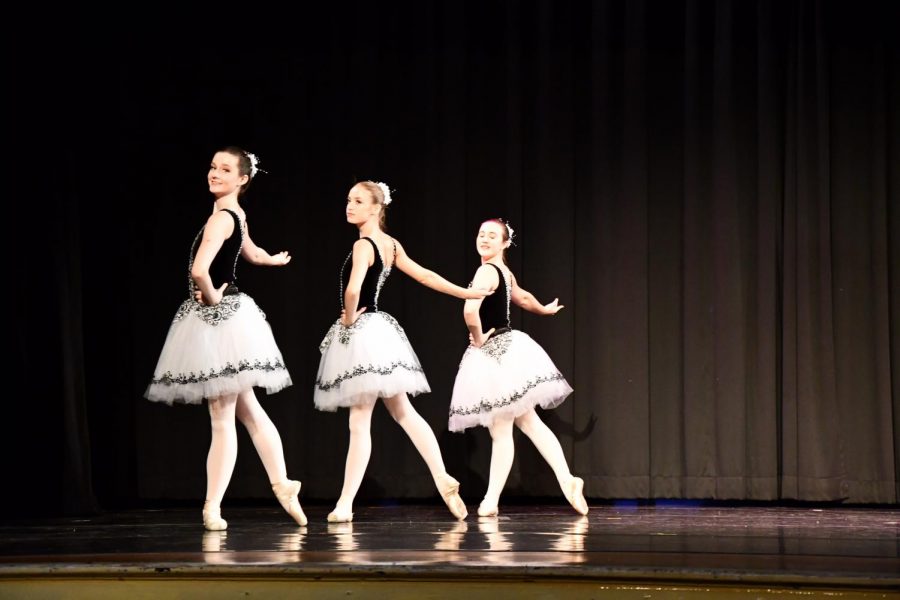 Rehearsals began in August when the teachers and dancers began to choreograph and stage dances. As time progressed they ran through dance rehearsals one to two times a week starting in early October.

Decatur sophomore Claire Dishman was one of the ballerinas who performed in the show. She is in the Junior Ensemble and was featured in two dances.

After completing her performances, Dishman said that “It feels really good to have just done what you love but also it’s a little sad that the thing you’ve worked so hard in for three months is over.”

Elise Froneberger is another Decatur sophomore who danced in the fall performance. This is her first year being a part of the company and she is currently a member of the Junior Ensemble.

Froneberger feels that Decatur has not been supportive of this performance. “DHS doesn’t offer a dance program and doesn’t allow dancers a fair opportunity to further their skills. Many people underestimate the difficulty and time commitment of dance and think that it’s easy,” she said.

At the DCD, dancers are split into various levels based on their ability and the number of years they have spent dancing for the DCD or the Decatur School of Ballet (DSOB) which is for the younger dancers. The dancers featured in this performance were members of the company who are of the highest caliber at the school.

The DSOB  plans to host its annual performance at the Ferst Center For The Arts on the Georgia Tech campus; the date is to be determined. At the end of year performance, friends and family members of those who dance at DSOB gather to watch the dances various classes perform; the dancers have been preparing these dances since the beginning of the year. The school also plans to host various Studio Demonstrations at their Sams Street studio during the month of May for those dancers in Pre-ballet, Pre-modern and Creative Movement.