Trump protest in Atlanta from Taylor Stephenson on Vimeo.

On Wednesday, Nov. 11, results from the 2016 presidential race seeded anger in the hearts of some Americans.

The following Friday, Atlanta residents decided to voice that anger.

People chanting “love trumps hate” filled the streets of Atlanta. The anti-Trump protest started in the Fourth Ward, near Ponce City Market, and the passionate crowd marched to the state capital.

Among the crowd was Decatur alumna Laurie Ray. She marched for the sake of human rights.

Senior Nathaniel Gaul also marched in the parade but for a different reason.

“I attended the rally to vent about Trump becoming president,” Gaul said, “because although he won the electoral college, he lost the popular vote. To me, that felt as though democracy was being ignored.”

Ray was not surprised that Trump won the presidency though.

“He was tapping into a lot of fear from the white majority,” she said. “They were afraid of losing their privilege. He made a ‘them’ versus ‘us’ type of situation.”

And thus, the protest started. Hundreds marched to verbalize how Trump would negatively affect the United States and the world.

During different moments of protest, the diversity of the participants surprised Gaul.

“It was a really diverse group,” he said. “At various times throughout the night, they were chanting ‘Black Lives Matter,’ but they were also chanting ‘Trans Lives Matter.’ I thought it was really cool how inclusive [the rally] was and how everyone was marching together.”

Ray noticed the diversity as well but also noticed those who put destructive actions behind their anger.

“There were also anarchists, which was kind of weird” she said. “The anarchists were trying to rile people up and get them to go destroy things. There was a lot of anger and people not being sure how to channel that into a good place and that was difficult to keep the group organized.”

At the end of the night, protesters returned to their respective homes. Even from home, both Ray and Gaul have decided to actively participate in making a difference, no matter who is in office.

Ray encourages all citizens to fulfill their rightful duties.

“Vote in the midterm elections,” she said. “Participate in local elections. Go to protests and marches. Get involved in whatever way you can with grassroots movements or donating to charities that help marginalized people.”

Gaul teamed up with English teacher Christopher Simony to start a new Decatur group call the Student Activist Association (S.A.A.). In the group, students will support one another and will try to make the world “a better place.” He welcomes Decatur students to join.

“This club is a way for students to voice their opinions and be heard,” he said. “I want to have a club where students can express their dissatisfaction [with society] and not just sit there and take it. I want us to be active and do something.”

At the end of the presidential race, Donald Trump received 276 electoral votes while Hillary Clinton received 218. Below are the states that each candidate won in the 2016 presidential race. To see more, hover over the photo and links. 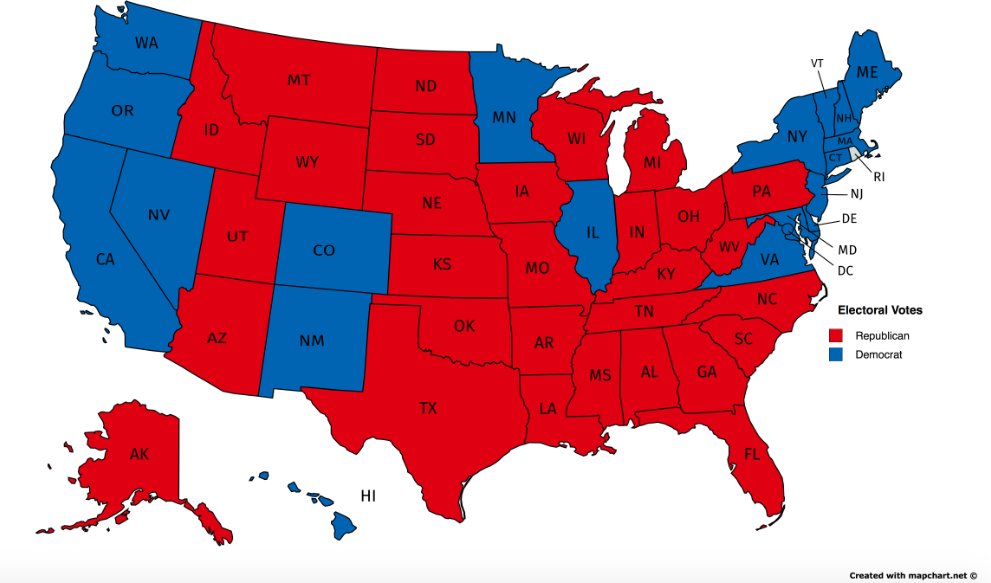