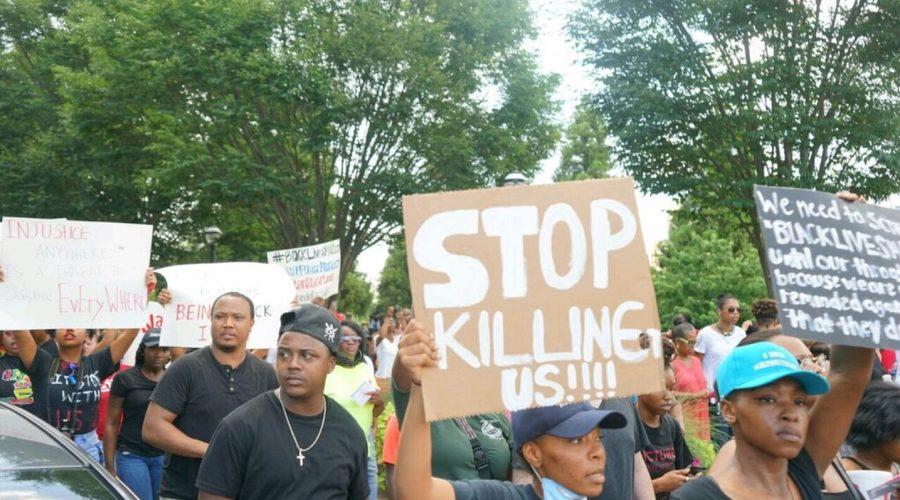 Justice in the youth’s hands

From the early evening to the crack of dawn, 11,000 protesters stood face to face to police for  one thing: justice.

According to Huffington Post African Americans are 24 percent of the people who are fatally shot and killed by the police despite being just 13 percent of the U.S. population. Police killed at least 102 unarmed black people in 2015, nearly twice each week. Also in the year 2015, unarmed black people were killed at 5x the rate of unarmed whites in 2015.

The issue of  unarmed black men getting killed by police officers has  been brought up in the news in recent years. These consistent and recurring stories of black men being  gunned down were the initial cause of the hashtag, #BlackLivesMatter.

The hashtag has grown into a world-renowned phrase, movement and driving force for justice.

Young people across the country have organized protests that have been recognized on a global stage.

The killings of Alton Sterling and Philando Castile over the summer sparked a march of thousands in Atlanta over a 4-day period. Protesters shut down Interstate 75 and 85. Hip-hop artists such as T.I. were among the eleven thousand people.

One of the main organizers of this march was 19-year-old Daniel Scurry, a sophomore at Morehouse College. Scurry heard about the killings on social media and was driven to organize this protest by a single belief, “If you have a problem and  you’re not trying to fix that problem, you’re part of the problem.”

“We put the flyer together for the direction and protocol for whole march,” Scurry said. 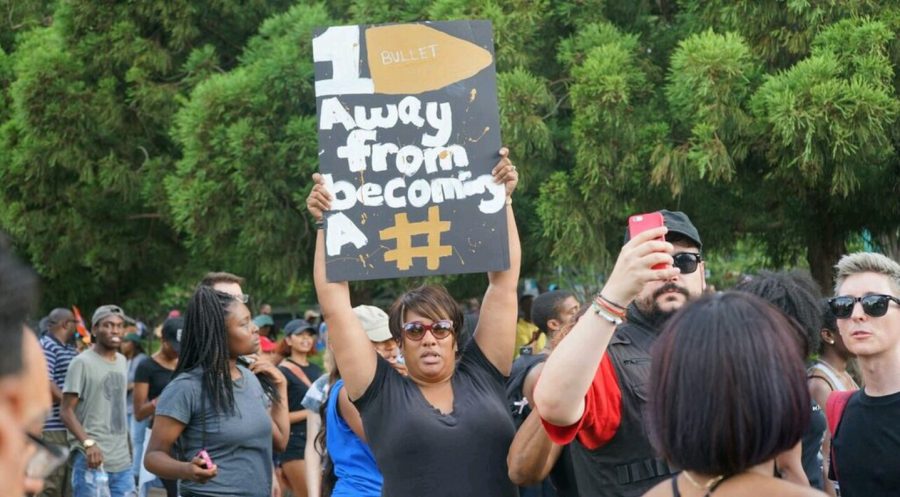 Scurry and his group of friends had a strategic plan to reach a larger audience. The flyer was sent out to rappers and radio personalities in Atlanta such as Metro Boomin, TM88 and Frank Ski to spread the word on social media. After rapper’s, radio personalities and many others reposted it, news of the planned march spread to young audiences across the city.

Being a teenager, Scurry feels kids are never too young to step up and take initiative.

Because of the spike in police brutality, Decatur High students decided to address the problem by taking to the streets.

Junior Thalia Garoufalidis couldn’t take silence on these killings any longer. She has been troubled by the killings for awhile.

“When I heard that a protest was happening, I instantly felt like it was the opportunity to actually stand up and do something,” Garoufalidis said.  “I was tired of just being angry and sad.”

“I felt grateful to see I wasn’t the only one that was tired of what’s going on in this country,” Cobb said. “Complaining on social media isn’t very effective in my opinion, so I decided to take action by participating in the protest.”

Similar to Scurry, Cobb believes that young people are vital to seeking justice for all races.

“It shows the government that not only adults are tired of the injustice, but also the youth,” Cobb said.

Organization, Creating A Community For Decatur Because Black Lives Matter (CC4D) goal is to listen to Decatur High School students voices like Cobb.

CC4D has started to work on many existing issues that the community has currently with City of Decatur.

Decatur High students have attended meetings, participated in small group discussions and shared their experiences about the impact of their race in a school environment. Founding member Tasha White is pleased with students’ involvement in the organization.

She also encourages more kids to come out and be a part of solving the problem.

“We want people from Decatur High School to be apart of the conversation,” White said. “We don’t want to talk about your experience, we want you to tell us about it.”