knees in a matter of hours.

Schools and offices closed early, and the sudden release of Atlanta’s students and workforce brought the city to an icy standstill.

In response to last year’s winter storm, Georgia government organizations, as well as the City of Decatur, are making efforts to improve the 2015 winter weather plans.

Beau Dominguez, a history teacher at Decatur, was one of the thousands stranded in the traffic caused by those few inches of snow. Dominguez did not expect to be stuck on highway I-75, for 16 hours.

“I would sit in my car for like 20 minutes,” he said, “then put it in drive and go around ten yards and put it back in park and sit there.”

The incidents going on around Dominguez shocked him.

A man in the car in front of him said “sorry,” turned around, opened his car door and urinated on the side of the highway.

Dominguez avoided this embarrassment thanks to his purchase of a bug-out-bag, an emergency three day survival kit, six months before the January snow storms. It contained waste bags for bathroom use, water, “disgusting bricks of food,” clothing, and first aid supplies.

Tony Powers, Owner and Manager of Intown Ace Hardware, believes everyone should be prepared for the winter, including his family.

In the event of an ice storm, the Powers’ family plan of action, including his two daughters at college, is to stay at home and off the roads. Powers advises: “Don’t go out, make sure you’ve got some food in your fridge.”

Because of last year’s snow and ice storms, Powers feels that it is even more important to prepare for this year’s winter.

“My youngest was a senior at the high school last year, at Decatur, and she drove home in the great lakes and it took her 2 hours to get home from the high school because of all the traffic.” Powers said. “That’s crazy.”

Kiawana Kennedy, Chief Operating Officer for City Schools of Decatur, oversees most school management areas, including transportation, safety and facility maintenance. The morning of the snowstorm, Kennedy and her staff made the decision to not cancel school for that day.

Cancelling school depends on the status of the heating ducts in all CSD buildings, bus routes and black ice. What Kennedy doesn’t oversee is in control of the Director of Facilities and Maintenance Jason Ware and the Transportation Director Lowanda Bowman, who inspect roadways  to see “whether we will be able to safely transport students to and from school,” Kennedy said.

Kennedy communicates with other school districts in the local area and monitors the weather closely.

After all steps are taken to insure the safety of the students, Kennedy and her staff still monitor the weather forecasts throughout the day and into the night to make the right decision.

Dale Eck, the Director of the Global Forecast Center at the Weather Channel, tries to make these predictions as reliable as possible.

Eck’s team uses a system that creates a forecast based on data from global and regional models. Meteorologists then interpret the data from these models to make an accurate prediction.

Not all forecasts are equally easy to predict. Eck says that determining the temperature is simpler than verifying the exact amount of precipitation.

The snowfall in the middle of the day “caught a lot of people off guard and was something I had not seen in Atlanta for 30 years,” Eck said. “Within fifteen minutes of the snow falling, the roads got wet, slippery and icy.”

The Weather Channel doesn’t directly communicate to schools and facilities, but gives weather updates up to every 15 minutes for them to see.

After last year’s winter storms, CSD held a meeting to look at what went well and what could be better.

Atlanta and Georgia organizations are trying to improve as well. The Georgia Department of Transportation (GDOT) and the Georgia Emergency Management Agency/Homeland Security (GEMA) have held practice winter weather drills and increased their budget for winter supplies.

“We’re trying to find the balance, to walk that line of what we need to keep people moving if we have a storm versus spending so much money that we’re being wasteful,” Natalie Dale said, the official spokesperson for the GDOT.

The biggest issue for the GDOT was the traffic.

“At gridlock, before the storm even hit, our challenge at GDOT was to get our salt trucks out on the road, getting our materials out,” Dale said. “We couldn’t spread it because everyone was sitting on the road.”

The initial cause of the traffic was 18 wheelers. The drivers were not equipped with tire chains, so they had no traction on the snow. Many lost control and crashed, which caused further congestion.

This year GDOT is partnering with Governor’s winter weather task force, GEMA, Georgia State Patrol, and the Department of Natural Resources to create the Winter 2015 Weather Preparedness Plan, which includes staggering the sending of supplies.

“Our brine teams will go out 24 hours before a storm to treat the roads with brine to keep the ice from freezing as long as possible,” Dale said.

The combined efforts of departments that individually divide into teams allows for organized safety precautions.

Teams first treat their roads and highways and then help other areas outside their districts.

People in the Traffic Management Center (TMC) monitor the teams in the field, on smart phones and large location maps. With these maps, the GDOT can locate all vehicles, “problem spots” (where accidents occur), and manage supplies and staff in the Atlanta metro area.

During the storm Dale and all the staff at GDOT focused on clearing traffic .

The TMC served as the 2014 winter storm management headquarters trapping many employees inside for days.

“I didn’t leave that building for five days,” Dale said. “I washed my hair in the sink, there are some bunk beds, [and] I slept underneath someone’s conference room table one day.”

She made these sacrifices to keep the people of Georgia safe, and her department extended their efforts for a safe 2015 winter.

Even with this changes, Dale hopes that no storm comes.

“The best case scenario is we’re ready, we have all this material stocked and we don’t have to use it,” she said. “That would be awesome.” 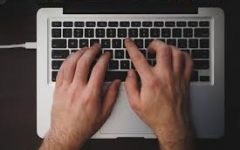 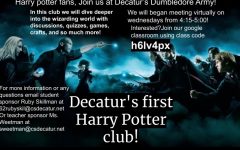