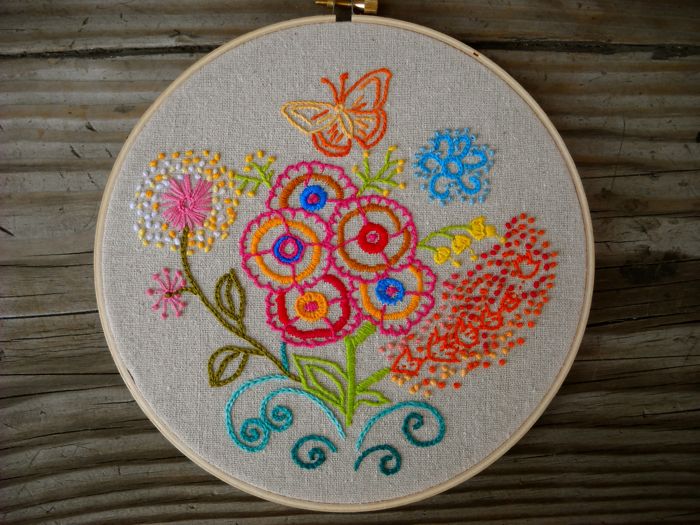 Learning Connection stitches name for itself

Every Thursday for one hour, there’s a break in the school day. Instead of being in class or stressing about whatever project is coming up, kids can enjoy themselves and do things that they signed up for.

Learning connections are a melting pot of options, ranging from Walking Club to Harry Potter movies.

John Chesnut, a physics teacher at Decatur High School, started the Embroidery Learning Connection. The interest in it was so sudden and large, that he enlarged it to be both a learning connection and a club.

When Chesnut suggested Embroidery for his learning connection, he didn’t even know how to do a running stitch, but now he is as enthusiastic as the kids.

“It seemed like interest was waning after a while,” said Chestnut, “so I learned and when I started sitting with the kids and comparing projects, interest kicked back up.”

Phoebe McNeely is a student who has been in Embroidery since the beginning, has never lost the momentum that she had when she first picked up a needle.

“This club has been a blast. I got to learn a new medium of art, and got to bond with friends as the club continues,” McNeely said.

Chestnut looks at the overcrowded tables in his learning connection with nothing but happiness.

“I really enjoy people having fun. It’s super cool that lot’s of people like this club,” Chesnut said.

McNeely has a group of friends in her learning connection, but that’s not the only reason she joined.

“As a person who loves art, learning how to embroider was important to me, because I am able to broaden the range of what I can do with my art,” Mcneely said.”This gave me that opportunity.”

Now that the connection has expanded to become a club as well, Chestnut is excited about the amount of people showing interest.

“Students in the club don’t just come from learning connection, which is really cool,” he said.

This was the first year of the learning connection and club, but is certainly not the last.