Setting up the spotlight

Hidden among Decatur’s traffic and restaurants lies Eddie’s Attic. Up its narrow staircase and through a pair of dark wooden doors sits a stage tucked into the corner of the small room. A mic and its accompanying instruments are crammed onto it, each of them fighting for more space. Although it may be small, Eddie’s Attic offers an oasis for musicians and fans alike.

“We cater to a lot of up and coming acts,” General Manager George Panga said. “At most places when people play, especially when they’re growing, people aren’t exactly there for the music. We put a big emphasis on that here because it gives the artist a place to showcase their talent unobstructedly.”

Eddie Owen opened Eddie’s Attic in 1991 after working at Twain’s and seeing that there needed to be a space for up and coming musicians to better showcase their talent. For the last 25 years, the Attic has been exactly that.

“I don’t think the Attic would have been able to exist anywhere else, and I don’t think Decatur would be the way it is without the Attic being here,” Panga said. “We provide something the rest of Decatur doesn’t really have. There’s not another dedicated space for people to go to hear talented musicians of all calibers.”

Still, getting music from the headphones of fans to the stage is no easy feat. For a venue that holds over 400 shows a year, mishaps, set delays and miscommunications are frequent obstacles the staff has to face. Overcoming them, though, is what Panga and the rest of the crew do for a living.

“Music tends to work on its own time,” Panga said. “You never know what’s going to happen. You have to do things on the fly. If you want to be stuck in your ways, this place will eat you alive.”

Through all of the traffic, strange demands from artists and other problems that might present themselves, the doors still open and the show goes on. For Panga, the shows the Attic puts on are a true testament to not only the talent of their acts, but the importance of live music as well.

It’s creating that authentic, intimate experience between the artists and the audience that is at the forefront of Eddie’s Attic.

“This is a place created by musicians and people who love musicians,” Panga said. “We want to make sure the music is at the forefront of everything. Above all else, this place is music. As long as you respect the music, you will love this place.”

Gallery|3 Photos
Eddie's Attic curates acts that tend to fit into singer/songwriter and folk genres, according to Panga.

Aisle 5 is the new kid on the block, literally.

Following the closing of its predecessor, the Five Spot, longtime friends Brian Deerfield and Nick Weinberg purchased the property. Nearly a year and a half later, Aisle 5 opened its doors to the public in 2014.

“It was not the easiest transition to go from a job that paid very well to not having an income for a year and a half,” Deerfield said. “Looking back, I don’t know what we were thinking when we thought we were gonna pull this off. It was a learning experience for all of us, but we made it work.”

To Deerfield, though, the risk paid off.

“We proved all kinds of people wrong in a ‘this is a diamond rough’ way,” he said. “All the hard work that went into this place culminated into something successful, and is providing a living for a lot of people and their families.”

Becoming an established venue in a city bursting at the seams with music and places to showcase took time.

“It’s the uphill battle you fight,” Deerfield said. “No one’s gonna take a chance on a room that’s not even opening yet, but it’s important for there to be different rooms. We’re much more fans of growing the market rather than competing in it. We’re don’t compete for acts. We’re going to find our niche of what works for us and do it well, but we’re not going to snipe other venues to do so.”

While Aisle 5 found its place along the streets of Little Five Points, Deerfield and the rest of the staff didn’t want the venue to be tied down to showcasing only a select few genres of music. Instead, Deerfield placed an emphasis on creating a variety in their acts.

“We’re doing high quality shows in every genre,” he said, “but we’re not going to be pigeonholed into just one.”

Despite of the current success of the venue, Deerfield’s week is always long and always busy. Outside of the 60 plus hours he puts in each week, Deerfield tends to all of the back-of-house duties before, during and after shows. From folding towels to mopping the floors, he’s always hands-on, all the time.

“You come up with little projects for yourself,” he said. “You have to realize what gear you’re in. You have to tell yourself, ‘enough ideas, enough coming up with things to do. You have a venue to run.’ It’s a balance between not getting bored and not getting ahead of yourself.”

According to Deerfield, it’s the music that keeps him constantly engaged in his job.

“It’s the most spiritual thing for me,” he said. “I don’t go to church all of the time, but I do believe in the power of music bringing people together.”

That power is what Deerfield hopes others will feel when they come to Aisle 5.

“No matter what the music is, it’s going to sound good and look good. The staff will treat you with respect and look out for you safety. Then, it’s up to you to enjoy the rest. If you come in with a positive attitude, you’re going to have fun.”

For marketing agent Sarah Smith, Terminal West is her foundation.

“It’s where I’ve learned everything about working in music,” she said. “It’s inspiring to be here. Being able to see that people can do what they love is so cool to be around.”

After undergoing renovations to an old iron and steel foundry, Terminal West opened its doors to the public in 2012 as a part of the King Plow Arts Center. Although the venue hasn’t been around as long as other concert hall veterans, Creative Loafing voted it “Best New Venue” in 2012, and its staff continues to make its name known.

In the four years Terminal West has been putting on shows, major artists like Imagine Dragons, The Killers and Disclosure have all performed there.

Even with curating the best acts and attracting people from all over Georgia and other parts of the country, staying grounded in the Atlanta community remains important to the staff.

“Being in a historic and arts driven area gives the venue character,” Smith said. “The area is on the rise and Terminal West is a big part of that. It’s important that we can be involved in the community as it grows.”

The staff may work 16 hour days several days a week, but to Smith, the music makes it worth it.

“It was always something I liked,” she said. “It’s something that can take me out of any situation I’m in. I used it a lot for dealing with life. I really love that it brings people together. No one understands you like the people who understand the music you love.”

Being able to be immersed in live music means that much more to her.

“It’s always that much better when it’s live,” Smith said. “You pick up on the energy and the atmosphere of the crowd. You always feel some sort of connection with an artist you see live.”

That connection between the audience and the artist is what Terminal West hopes attendees will take away from their shows.

In 1999, 488 Flat Shoals Road used to be a mattress store. Long-time Atlanta resident and music-lover John Searson purchased the property with the hopes of converting the space  into a beloved music lounge, and restored it with his own two hands. Almost 18 years later, The EARL remains an integral part of the East Atlanta Village.

“The Village and the venue have grown together,” booking agent Damon Hare said. “East Atlanta has always been a hub for artists and misfits, and the crowd at the shows reflects this. We’re rather symbiotic when you think about it. The folks that live here have kept us thriving.”

The EARL opened to help fill in the gaps being left by classic spots for shows, such as the Metroplex, that started to close throughout the 90s. Since its startup, the venue has featured artists such as St. Vincent, Vampire Weekend and the Avett Brother and was recognized as one of the 40 best music venues in the United States by Paste Magazine.

Though the EARL is thriving amongst Atlanta’s music scene, it still faces the day to day complications that any venue.

“It’s a very spontaneous business,” Hare said. “There can be many unpredictable outcomes. We’ve had so many great bands and events happen over the years that craziness just comes with the territory. There’s never a dull moment.”

That “craziness” spans from traffic delays and broken down vans to Les Savy Fav frontman wrapping himself in toilet paper like a mummy and jumping off a ladder into the crowd during one of their shows.

Though each day presents new challenge, Hare can’t picture himself being around anything else.

“[Working here] has opened my eyes and mind to so many different styles of music along with artists young and old that I may have never had the opportunity to enjoy,” he said. “I feel my patience has grown over the years, and, believe me, it’s better to be that way.”

At the end of the day, though, the love Hare has for his job stems from the love he has for music.

“I’m one who can’t find something not to love about music,” Hare said. “Even if it’s personally not my taste, someone else loves it. Music has been integral to my life since I was a child and I can’t imagine life without it. Live music is a very special art form we as humans have.”

Hare has witnessed music “bring people together” since he started working at the EARL. From all genres to all walks of life, the staff works towards creating a place for anyone to come and enjoy an artist they love.

“110 percent is put into every event,” he said. “There has been a lot of thought, love, and energy put into the place by so many people.” 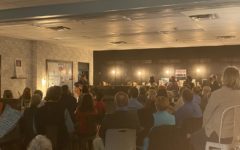 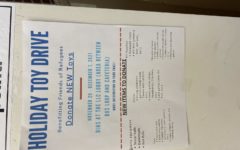 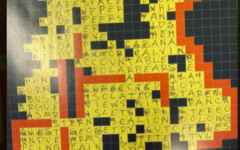 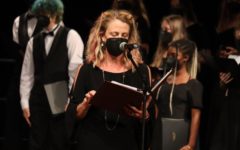