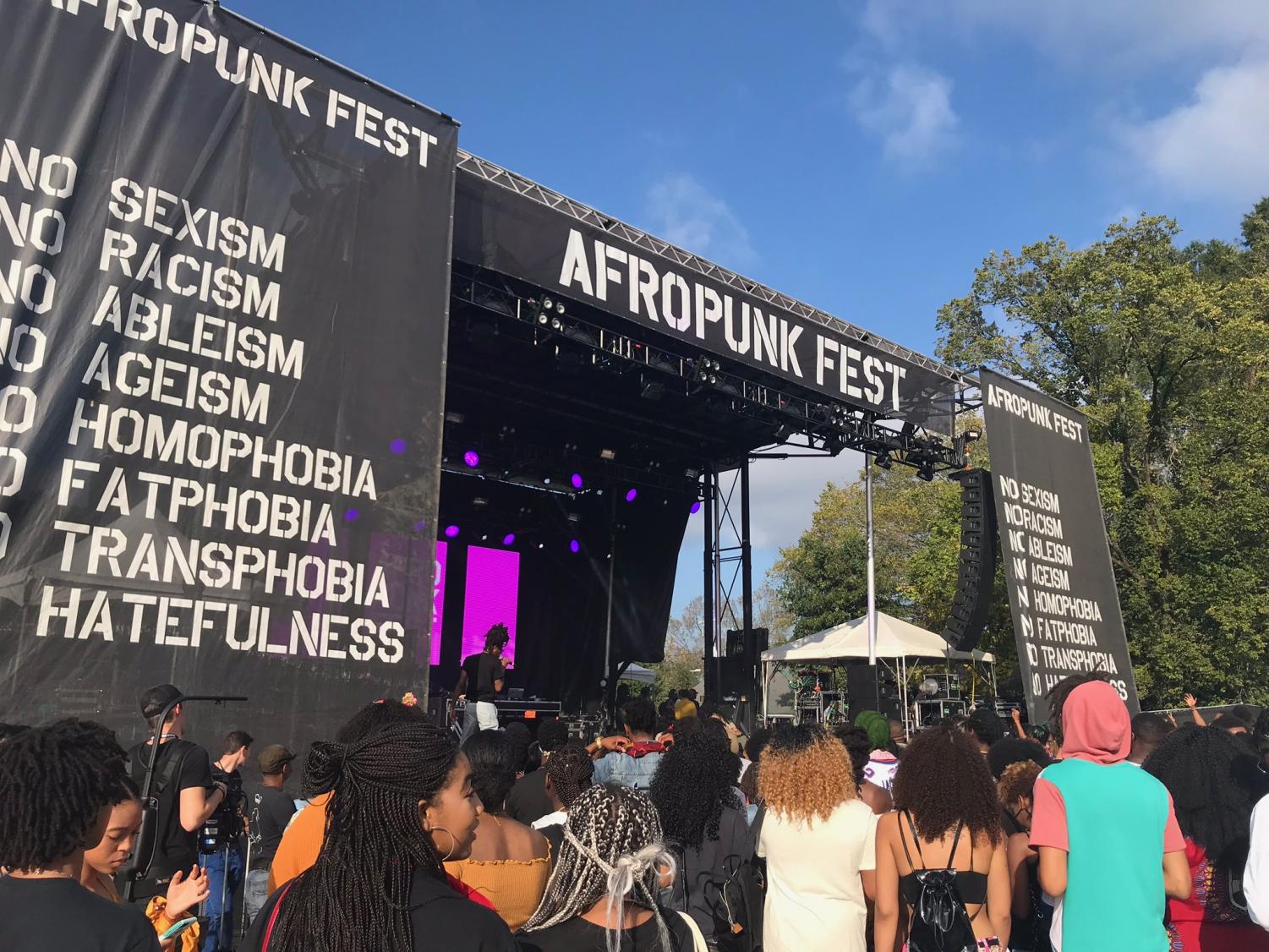 A fusion of culture and activism

On Oct. 14-15, AFROPUNK celebrated its second year in Atlanta. Dubbed the “Carnival of Consciousness,” the event is a fusion of streetwear, culture and activism.

Known for its multiculturalism and diversity, AFROPUNK’s lineup consisted of musical acts like Solange, Willow Smith, Miguel and Denzel Curry. The event had over 43 performances spanning over two days.

The annual festival started in 2003 as a documentary by James Spooner. He aimed to capture the diversity of New York City’s black music scene. Eventually, it evolved into a festival as an effort to bring together the differing art forms.

“The idea of being a part of a black art and music event in Atlanta seemed like a perfect opportunity for me to explore the city and see new faces outside of Decatur,” Cuffey said.

However, musical performances are not AFROPUNK’s only focus. The festival puts a strong emphasis on activism, dedicating an area to it called Activism Row. Activism Row includes several organizations like Planned Parenthood, the Drug Policy Alliance and Color of Change in attendance with the purpose of educating attendees about community issues.

Being around cool and new people as well as celebrating black art, culture, and music is what AFROPUNK is all about,” – Isaiah Cuffey

“There were big banners by the stage that talked about the intolerance for intolerance at the event, and there was a heavy focus on activism,” Cadet said. “It’s significant because I know it’s a safe space for so many groups of people. It promotes social equality and that contributes to the overall vibe.”

The festival also serves as a fashion runway for many festival-goers. It’s not unusual to find an array of unique outfits with colorful patterns or funky Afrocentric accessories.

“My favorite part is how comfortable everyone is with expressing themselves and what they view as beautiful. I loved the different aesthetics,” Cooper said.

However, AFROPUNK goes beyond unusual fashion style and musical performances.

“AFROPUNK is a time for everyone to enjoy themselves in their own skin and be who they want without any judgment or hate. Being around cool and new people as well as celebrating black art, culture, and music is what AFROPUNK is all about,” Cuffey said.

Like Cuffey, Cadet also felt connected to the overall message at the event.

“Aside from the actual performances, the atmosphere was amazing because it was clear that there was a message of love and acceptance for everyone attending,” Cadet said “I learned that there are so many people like me out there that I’ve never met, people who enjoy the music that I do, who care about the same causes and who are passionate about making a change.”