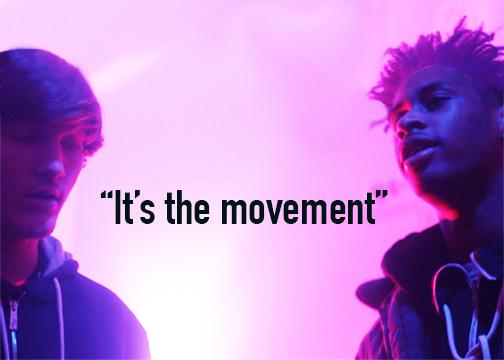 On Jan. 1, Distortion Records LLC released “Dufflebag,” their first official single. On Jan. 22, the label released another single, “Airplane.” After only one week, the song had over a thousand plays on Soundcloud. This month, Distortion is working on a mixtape that will have at least 12 songs, all written and produced by Decatur students.

Junior Thomas Sinclair, the label’s producer, started Distortion with co-founder and fellow junior Andrew Lane. The two began Distortion during their freshman year to release their own rap songs.

“We thought ‘OK, we’re gonna do music, we need a way to release it,’” Sinclair said. “So how do you release music? You sign to a label.  That’s like a one in a million chance, So we thought, ‘let’s make a record label.’”

Distortion produces primarily rap, but on Jan. 15, it signed blues-punk band, Scofflaw, also made up of Decatur students.

“We had this idea for it to be more broad,” Sinclair said. “We want it to be like a community of Decatur artists. It’s the movement.”

Scofflaw’s lead singer, senior Aidan Sisler, is excited to work with Sinclair. Sinclair used to be the band’s bassist, and although that didn’t work out Sisler says that he’s happy to be a part of the label.

“The whole ‘musical community’ mantra they’ve got going is awesome,” Sisler said. “That’s something we’ve really [been] trying to build since the beginning.”

The label pays to be an Limited Liability Company, or LLC, to protect their content from copyright liability. However, Sinclair says Distortion is less about being an official label and more about collaboration.

“For a while I was just doing stuff by myself,” Sinclair said, “but I got bored with that. It’s so much more fun working with other people to find their creative potential and bounce our ideas off each other.”

Junior CJ “The Golden Boi” Hines, one of Distortion’s rappers, says the label gives him a form of expression and ultimately betters him as a person.

“When I’m writing and rapping, I just turn into this person that I’ve always wanted to be,” Hines said. “That’s why I call myself ‘The Golden Boi’ because I just turn into this confident person who can just say what he wants, not care what anyone else thinks and just make things that make people happy ‘cause that’s what I really love doing.”

The group’s manager, junior Greyson Pitts, agrees and says that the artists, writers and producers all benefit from the creative process.

“I think when everyone’s making music, we’re a lot happier,” Pitts said. “We’re just a lot more unified, and we kind of forget about everything else that’s going on in our normal, real lives.”

As far as the future, Hines says that rapping is what he loves, and he hopes to continue with Distortion.

“I can’t see myself not doing this in five, ten or even fifteen years from now,” Hines said, “and I wanna do it with the team who helps me find my full potential.”

Pitts says he doesn’t know what to expect for the future of Distortion. For now, he’s taking it one day at a time.

“I’m just, like, appreciating it in the moment,” Pitts said. “I think if we continue to accomplish our short term goals, I could see [Distortion] continuing in the long run.”

No matter the fate of Distortion, Pitts, Sisler and Hines all agree that Sinclair, whom Hines describes as “Distortion’s backbone,” will be successful.

Sinclair is sure that he will continue producing music with or without Distortion, but he agrees with Hines and hopes their label will succeed for years to come. 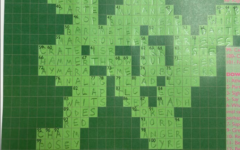